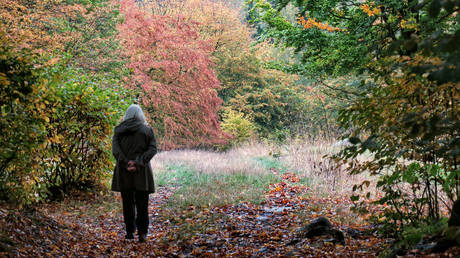 While haggis, neeps and tatties typically represent the best of Scottish cooking, 2020 has other plans in a culinary clash of evolution, innovation and sustainability.

In a new publication from Zero Waste Scotland, entomophagy (the practice of humans eating insects) could be the future, with the report suggesting that a change from cattle to critters could be lucrative and better for the environment.

Dr William Clark, ZWS’s bio-economy specialist, says that insects would offer a sustainable way to produce more food using less resources: “Insect farms offer a reliable, sustainable, circular-economy solution to the protein gap. For although the world produces enough food for everyone, more than a third of it goes to waste so people don’t get the protein they need.”

Innovative Scots could start the new decade with a novel career that can be both lucrative and beneficial to the planet, according to a new report from the nation’s waste watchdog.https://t.co/DL4fsvGSoE

With half a million tons of agricultural feedstock thrown away each year, the report also adds that using just 10 percent of that for insect farming would produce almost 6 million pounds for the Scottish economy.

For those wanting to start their own farm, it’s good to note that in one year bugs produce about 100 times more protein from the same amount of space than you would get by farming sheep or cows, and insects can also produce valuable by-products such as biodiesel, bioplastics and organic fertilizers. But are eco warriors prepared to eat black soldier flies and field crickets in a quest to save the planet?

Ok like even a lot of ppl who like bug eating now are doing it in the like “oou weird novelty” way or like have a bug-eating fetish. its literally a normal and effective kind of food that basically everywhere else eats because its good for u and sustainable

While the food buzz around creepy critters has been around for a few years, a company in Cape Town suggests you eat your food container too. Munchbowls are an eco-friendly green alternative to toxic wasteful plastic and polystyrene food containers. Made with biodegradable wheat, they can be stored for up to 15 months, and they are vegan too.

Meanwhile environmentalists wanting the whole package in 2020 should take note of Avani, a company based in Bali, who have created an edible bag. Made from cassava root starch and other natural resins, they break down within 3 to 6 months, can be dissolved, or eaten.

When that diet leads to inevitable suicidal thoughts, why not finish off with a cannabis cookie for desert? The global market for both legal and illegal cannabis stands at $150 billion, and 2020 sets to see that figure steadily grow.

Spiros Malandrakis from market research company Euromonitor says the industry is at just at its beginning: “I think in the next two to three years we will start seeing a vast number of other cannabinoids that are not yet under the limelight. There’s a million questions to be asked, and we’re just scratching the surface.”

With unlimited articles, TV shows, forums and celebrities now discussing the positive medical uses of cannabis, it seems the negative reputation of weed smoking grungy students is slowly morphing into being more socially accepted. Whether enjoying a insectivorous diet or eating carrier bags will become a cultural phenomenon for the eco-conscious or not, the roaring twenties will know doubt see many fads attempting to become mainstream.

Let’s just hope they taste as good as the ideas themselves.

In 2020 prepare to eat bugs, bags and weed
Israeli Prime Minister Benjamin Netanyahu has confirmed he will seek parliamentary immunity from prosecution in multiple corruption cases hanging over him ahead of upcoming March elections. In a speech at...
7 Likes

In 2020 prepare to eat bugs, bags and weed
Thousands of nationalists In Kiev have celebrated the New Year with torchlight parades in honor of Stepan Bandera, a WWII nationalist regarded by modern Ukrainians as a hero and by...
6 Likes

In 2020 prepare to eat bugs, bags and weed
There was no sense of festive goodwill from Jose Mourinho after he was yellow-carded in Tottenham's loss at Southampton for appearing to read the tactics being jotted down by a...
8 Likes