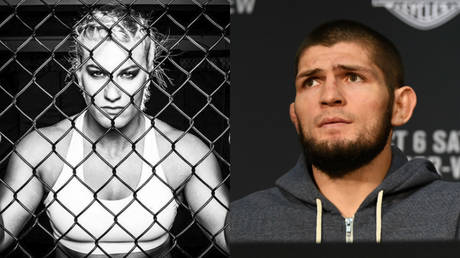 Russian MMA heavyweight Ali Isaev is walking into 2020 with an extra $1 million in his bank account after winning the PFL championship at the promotion’s end-of-year extravaganza in New York.

The bout was one of six championship fights in New York, with the winner of each walking home with a cool $1 million in a bumper end-of-year payday.

With devastating ground-and-pound, Ali Isaev stays undefeated in the 2019 #PFLChampionship season and is a PFL Champion! pic.twitter.com/AufpHiKdoy

Isaev remains unbeaten in professional MMA, improving his record to 9-0. During the PFL season he had seen off Valdrin Istrefi, Carl Seumanutafa, Kelvin Tiller and fellow Russian Denis Goltsov, before landing the main prize by beating Rosholt.

Born in Dagestani capital Makhachkala, Isaev represented Azerbaijan at amateur level before switching to Russia for his professional career.

Elsewhere on the card, American judo double Olympic gold medalist Kayla Harrison – who has described herself as the “female Khabib Nurmagomedov, only better” – continued her unbeaten start to professional MMA by beating Larissa Pacheco to win the lightweight title.

HISTORY MADE! @KaylaH heads into 2020 a millionaire and the 2019 PFL Women’s Lightweight Champion! #PFLChampionship pic.twitter.com/OllX4dELW1

An array of fight stars aligned at at Hulu Theater at Madison Square Garden for the event, with boxing legend Mike Tyson presenting Harrison with her belt.

WATCH: Russia’s Ali Isaev smashes his way to $1 MILLION with victory at PFL Championship in New York
Israeli Prime Minister Benjamin Netanyahu has confirmed he will seek parliamentary immunity from prosecution in multiple corruption cases hanging over him ahead of upcoming March elections. In a speech at...
7 Likes

WATCH: Russia’s Ali Isaev smashes his way to $1 MILLION with victory at PFL Championship in New York
Thousands of nationalists In Kiev have celebrated the New Year with torchlight parades in honor of Stepan Bandera, a WWII nationalist regarded by modern Ukrainians as a hero and by...
6 Likes

WATCH: Russia’s Ali Isaev smashes his way to $1 MILLION with victory at PFL Championship in New York
There was no sense of festive goodwill from Jose Mourinho after he was yellow-carded in Tottenham's loss at Southampton for appearing to read the tactics being jotted down by a...
8 Likes