‘It’s going to be an eventful year’: India set to launch THIRD lunar mission in 2020

‘It's going to be an eventful year': India set to launch THIRD lunar mission in 2020 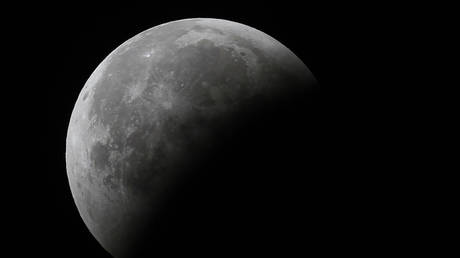 India will send its Chandrayaan 3 orbiter to the Moon, hoping that it could further explore the Earth’s satellite later this year. The previous attempt failed after mission control lost contact with the Chandrayaan 2 rover.

Chandrayaan-3, India’s third lunar exploration mission, will attempt to land on the Moon again, Jitendra Singh, minister of state for department of space, confirmed Wednesday. “Yes, the [next] lander and rover mission will happen in 2020,” he told the media.

Singh said the new spacecraft will incorporate lessons learned during the last year’s Chandrayaan 2 mission which attempted to deploy a lander called Vikram, but suddenly fell silent during hard touchdown “within 500m of the designated landing site.” However, Chandrayaan 2 can’t be seen as failure, the official explained.

There is no country in the world that has landed on its first attempt; the US took several attempts. But we will not need so many attempts.

Revealing some details about the mission, ISRO chief K Sivan said that Chandrayaan-3 – which is set to launch in November this year – will be similar to its predecessor. “In Chandrayaan-3, we will have landing and rover with propulsion module,” he said, adding, “this is going to be an eventful year for ISRO.”

India is striving to become the fourth country, after the US, USSR, and China, to land on the Moon. Chandrayaan 2 stands out from other missions, as it attempted to land at the little-explored South Pole.It was tasked with gathering data on the lunar surface, searching for water and minerals. Among other things, the mission’s goal was recording and measuring moonquakes.

As part of an ambitious space exploration program, India also hopes to launch the Gaganyaan, India’s first manned mission to the space, by 2022.

ISRO has already done plenty of research and development work on the mission, Sivan revealed. He said that four “final astronauts-elect” have been selected, and they will start training in Russia “from the third week of January.”

‘It's going to be an eventful year': India set to launch THIRD lunar mission in 2020
Israeli Prime Minister Benjamin Netanyahu has confirmed he will seek parliamentary immunity from prosecution in multiple corruption cases hanging over him ahead of upcoming March elections. In a speech at...
7 Likes

‘It's going to be an eventful year': India set to launch THIRD lunar mission in 2020
Thousands of nationalists In Kiev have celebrated the New Year with torchlight parades in honor of Stepan Bandera, a WWII nationalist regarded by modern Ukrainians as a hero and by...
6 Likes

‘It's going to be an eventful year': India set to launch THIRD lunar mission in 2020
There was no sense of festive goodwill from Jose Mourinho after he was yellow-carded in Tottenham's loss at Southampton for appearing to read the tactics being jotted down by a...
8 Likes