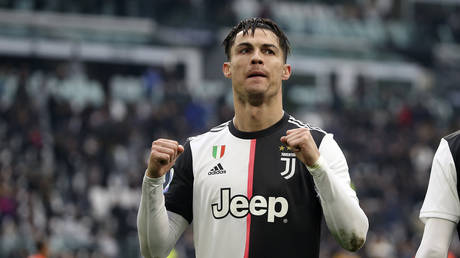 Chelsea’s Spanish skipper Cesar Azpilicueta carved out his own little piece of history by scoring the first Premier League goal of the decade during his side’s early New Year’s Day kick-off against Brighton.

The full-back was in the right place at the right time to turn in a Tammy Abraham shot following a Kurt Zouma knockdown from a corner, to hand Frank Lampard’s men an early advantage against relegation-threatened Brighton at the American Express Community Stadium.

The goal prompted a tweet from Match of the Day host Gary Lineker to acknowledge the strike, which came exactly 10,000 days since the inception of the Premier League in 1992.

Hail Cesar. Azpilicueta scores the first goal of the decade.

Cesar Azpilicueta taps in after Tammy Abraham’s shot is blocked 😍🔥

The goal will leave Graham Potter’s men with an uphill struggle to keep pace with Chelsea for the game, as incredibly they have lost each of their English top flight games against their visitors – and nor have they ever taken the lead against the London powerhouse.

Chelsea will be looking to keep pace with Manchester City and Leicester in the Premier League’s top four, with the title all but certain to be heading to Liverpool for the first time in three decades.

Lampard’s young team, who recently had their transfer ban reduced to allow them to purchase players in January, had hit a patchy run of form in recent weeks but will be looking to build on their final performance of last year in which they added to Arsenal’s woes by scoring two late goals in the Emirates to claim a late 2-1.

'Hail Cesar': Chelsea captain Cesar Azpilicueta scores first Premier League goal of the decade
Israeli Prime Minister Benjamin Netanyahu has confirmed he will seek parliamentary immunity from prosecution in multiple corruption cases hanging over him ahead of upcoming March elections. In a speech at...
7 Likes

'Hail Cesar': Chelsea captain Cesar Azpilicueta scores first Premier League goal of the decade
Thousands of nationalists In Kiev have celebrated the New Year with torchlight parades in honor of Stepan Bandera, a WWII nationalist regarded by modern Ukrainians as a hero and by...
6 Likes

'Hail Cesar': Chelsea captain Cesar Azpilicueta scores first Premier League goal of the decade
There was no sense of festive goodwill from Jose Mourinho after he was yellow-carded in Tottenham's loss at Southampton for appearing to read the tactics being jotted down by a...
8 Likes