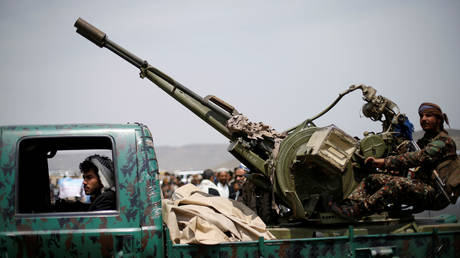 The Houthi rebels’ air defense has shot down a US-made drone over the Jizan Region of Yemen near the border with Saudi Arabia, their spokesman, Brigadier General Yahya Saree, announced.

The small RQ20 Puma hand-launched UAV was hit “by an appropriate weapon,” he added.

Saree didn’t specify if the drone belonged to Saudi Arabia, which has been waging a US-supported military campaign against the Houthis since 2015, or any other party.

The rebels, who control most of the country, including capital Sanaa, have been shooting down UAVs (unarmed aerial vehicles) quite frequently. The most prominent target they destroyed was a $15 million US-operated advanced MQ-9 Reaper attack drone last summer.

Yemen’s Houthi rebels say they’ve downed a US-made spy drone
Ladbrokes owner GVC has taken a major hit to its profits after betting shops across the world were closed and sporting events cancelled during the depths of the pandemic.
Likes